The Racine Concert Band is the official  band

of the City of Racine, Wisconsin. 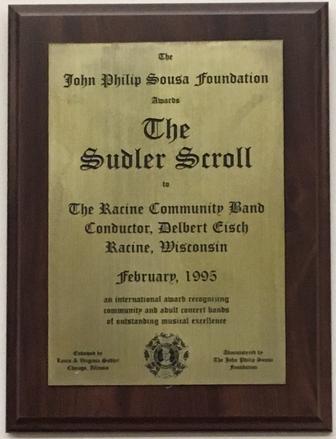 Founded in  1923  as the Racine Park Board Band, 1,487  free concerts have been  performed for the community.  The band has been nationally recognized for excellent artistic standards by both The Association of Concert Bands  and the  The Sousa Foundation, who presented the band with only the tenth  "Sudler Silver Scroll" award for outstanding musicianship.

Under the leadership of Music Director and Conductor  Mark Eichner,  the Racine Concert Band: presents a series of seven free Sunday concerts at the Racine Zoo, leads the Racine Fourth Fest parade, and partners with the Racine High School bands during the school year.